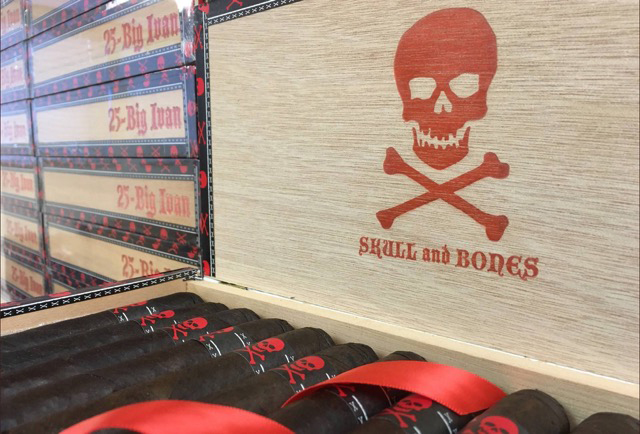 VIAJE SKULL AND BONES RED: Fat Man (4 1/4 x 52) and Little Boy (4 1/4 x 56) debuted in 2011 and returned in 2013, while Big Ivan (4 1/2 x 56) was released in 2013 as an Edición Limitada release for the company. For Viaje, the Edición Limitada band signifies that that particular size will never be released again with the same blend, which means that Skull and Bones Red has a new blend.

All three cigars use a Mexican San Andrés wrapper, Dominican binder and fillers from the Dominican Republic, Nicaragua and the United States.

Call for price and availability